Home / Our Community / About Tofino

Tofino: A town in Clayoquot Sound

The community of Tofino (population approximately 2,000) is situated at the tip of the Esowista Peninsula in Clayoquot Sound on Vancouver Island's west coast. The region takes its name from the Tla-o-qui-aht First Nations and comprises about 400,000 hectares of land and marine inlets, all draining into a central marine catchment area.

The Nuu-chah-nulth First Nations have made Clayoquot Sound their home for several thousand years. Tofino's beaches and old-growth rain-forest attracts surfers, nature lovers, campers, whale watchers, fishermen and anyone just looking to get close to nature. In the winter, many people visit Tofino and the west coast to watch storms on the water.

The District of Tofino has experienced significant change and growth from a predominantly resource-based economy to an increasing profile as an international destination. In 2008, Tofino received Resort Municipality status from the province and has invested in programs and services that enhance the visitor experience and community infrastructure.

Resource-based industries such as aquaculture and logging are still present and form part of Tofino's identity. Tofino is constantly adapting to the increased demand for sustainable and environmentally sensitive practices, and the Official Community Plan sets the direction for future growth. 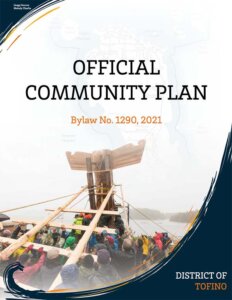 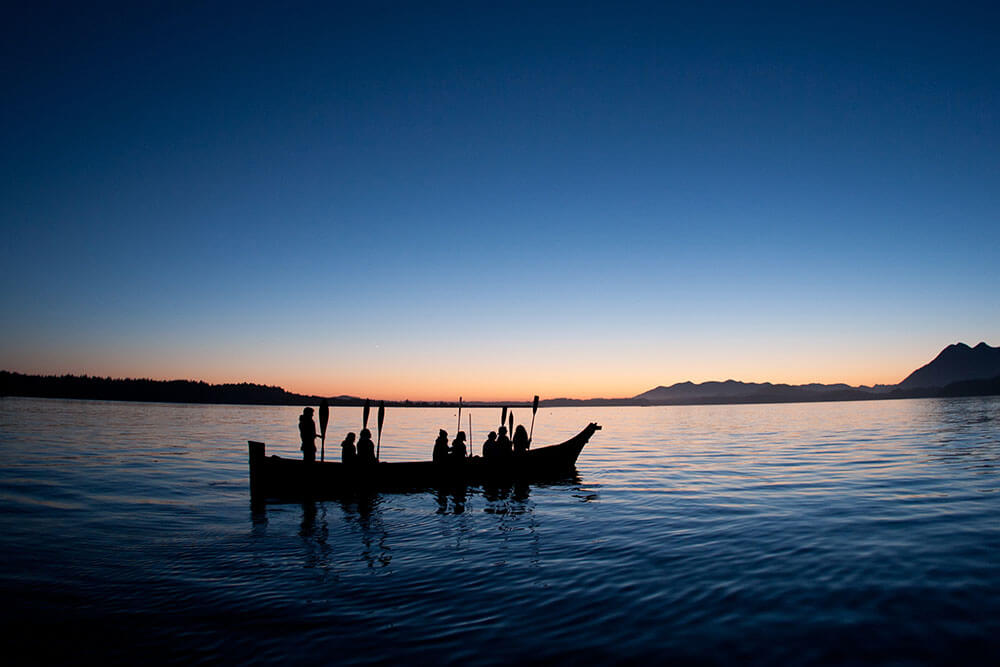 For at least 5,000 years, the Tla-o-qui-aht have lived here, in several villages in the Sound. Historically, the Tla-o-qui-aht people moved throughout their territory, harvesting resources of the land and sea – fish, berries, shellfish, birds, whales, and myriad plant species. The incredible natural bounty of this region sustained the people, providing for their health and material, spiritual, and cultural wellbeing.

The natural wealth of the region sustained large populations. In the late 1700s, a Spanish expedition recorded five large settlements in southern Clayoquot Sound, each with about 1,500 residents. British trader John Meares wrote of visiting Chief Wickaninnish at Echachist in Clayoquot Sound in 1788 and seeing 800 people gathered in one building.

Tofino was named after Captain Vincente Tofino de San Miguel, a Spanish hydrographer and rear admiral of the Spanish Navy. In 1792, commanders Dionisio Alcalá-Galiano and Cayetano Valdés of the Spanish Navy were surveying the area and named a nearby inlet in honour of Tofino.

In the late 1890s, people began to settle along the Esowista Peninsula and on islands and inlets nearby. The cluster of homes, and eventually a store, post office, and dock, made the kernel of the townsite that was ultimately called Tofino. The town's first post office opened on February 1, 1909 and the government recognition sealed the town's name to this location. Tofino was incorporated as a district municipality in 1932.

Tofino is located on the west coast of Vancouver Island and is accessible by road, air or seaplane. Tofino is part of the Clayoquot Sound UNESCO Biosphere Reserve, an internationally recognized area that includes terrestrial and marine environments and extends from the southern boundary of the Long Beach Unit of Pacific Rim National Park Reserve to just north of Estevan Point.